“Do not pray for an easy life, pray for the strength to endure a difficult one.” – Bruce Lee 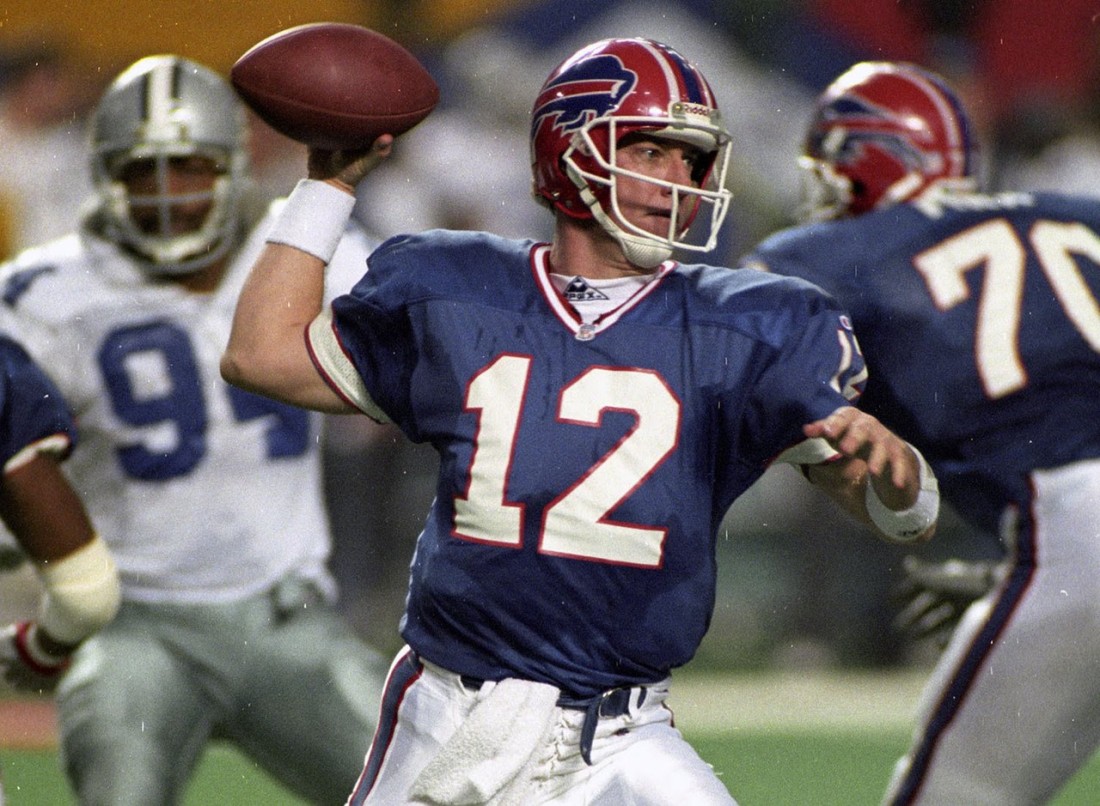 Jim Kelly knows something about the power perseverance.

Kelly, a first ballot Hall of Fame quarterback, played 11 seasons in the NFL.

He led the Buffalo Bills to a record 4 straight Super Bowl appearances.

The Bills lost all of them.

Kelly’s son Hunter died in 2005 from a rare disease.

In 2013, Kelly was diagnosed with jaw cancer.

After beating back cancer, Kelly was diagnosed with MRSA.

In early 2018 Kelly underwent surgery after his cancer reappeared.

In the Summer of 2018, Jim Kelly won the Jimmy V Award for Perseverance at the ESPY’s.

Standing next to John Elway and Dan Marino, two of his former rivals, Kelly gave one of the all time great acceptance speeches.

Let’s think about that the next time we think we’re having a rough day.

One thought on “Get Back Up”