“Is something going on in your life and you’re struggling?  Embrace It.  Because you’re growing.” – Nick Foles, Super Bowl LII MVP 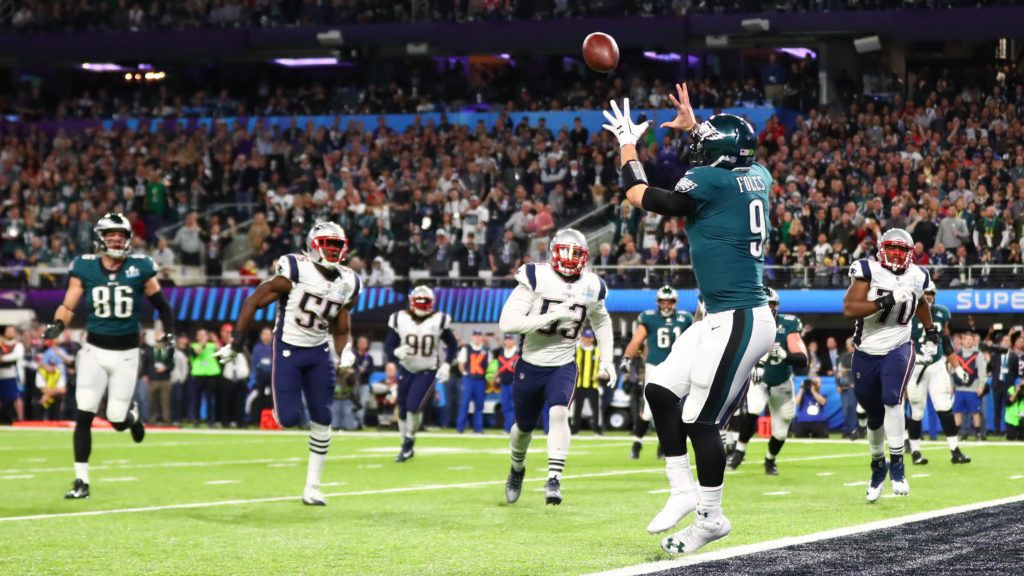 When you get KNOCKED DOWN you have two choices:

There is a scene in Rocky Balboa where Rocky has a heart to heart talk with his son.

His son is complaining about how hard his life is living under Rocky’s shadow.

Rocky stops his son’s whining faster than you can say “Clubber Lang”.

He gives the secret to life in 24 words:

When a FIGHTER gets knocked down, they get back up.

The challenge makes them better than if they never faced that OBSTACLE at all.

This past week, a real life sports team, also from Philly, shocked the NFL.

The Eagles knocked out the football equivalent of Ivan Drago.

Their opponents were the defending champs.

They were a dynasty.

A dynasty composed of what many consider the greatest QB and coach of all time.

The Eagles’ Super Bowl win capped off one of the most unlikely runs in the history of sports.

During the season, the Eagles got knocked down more times than Rocky did in his second fight versus Apollo Creed.

Just losing your starting QB would crush most teams.  Ask the Packers, Texans, or Colts how they made out…

After each set back, the Eagles not only got back up, they got better.

The team used each OBSTACLE as fuel to move forward.

Ryan Holiday wrote, “The world will constantly test us. Are you worthy? Can you get past the things that fall in your way? Will you stand up and show us what you’re made of?”

Be thankful for them.

Those obstacles are there to make us a better.

Take a page out of the Super Bowl Champs playbook.